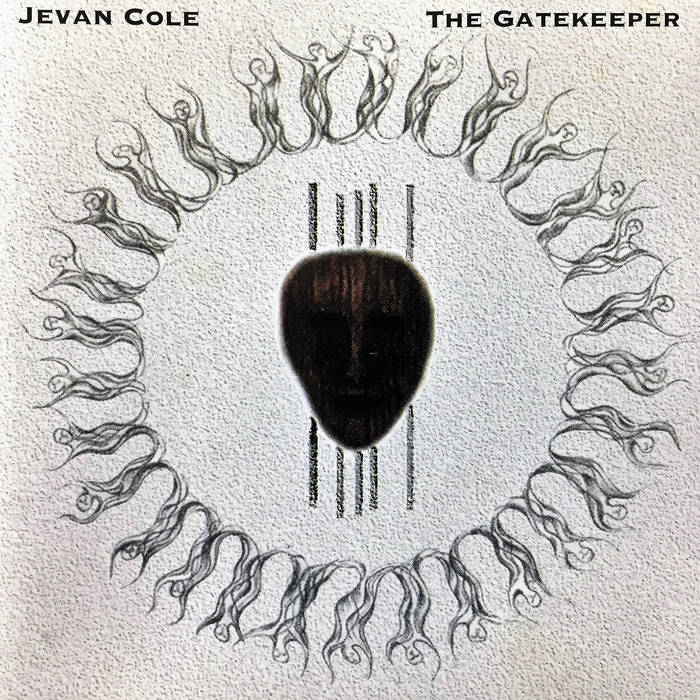 
Full album download comes with scans all of the original CD cover art as well as guitar tablature for five selected tracks.

This 1997 release of instrumental pieces for fingerstyle acoustic guitar comprises ten original tracks influenced by, and in the style of, the English folk baroque masters (Graham, Jansch, Renbourne, et al), albeit with a slight Australian accent.

These ten original pieces demonstrate an awakening passion for the trad, baroque and psych folk of England's 1960s and early 70s as represented by bands like Pentangle, The Incredible String Band, The Watersons etc..
They were composed over a two year period whilst living on a typically disfunctional commune at Mt. Nebo, west of Brisbane.
After a three year stint with Queensland Permaculture/Pagan folk outfit, One Straw, which produced the uniquely original 'Spinners Dance' album, The Gatekeeper marks a shift from the full band line up to a sparser, more open sound, and a transitional period between One Straw and subsequent long term collaborations with Seamus Kirkpatrick (Voice, Clarinet), who appears here on one track (Last Quarter), and later, Jan van Dijk (fiddle).

No digital masters of the audio or cover art exist for this release anymore so the audio was ripped to wav file from one of the last existing CDs. Cover art has been scanned and restored as best we could.