Sins of a Li'l Later Kiss

by Jevan Cole and Van Dijk 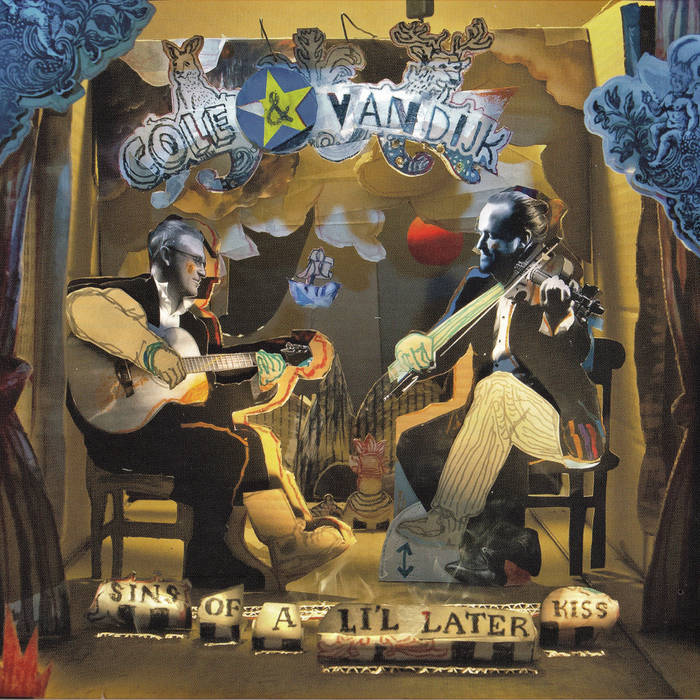 
Released in 2012, Sins of a Li'l Later Kiss is the second and final album from Brisbane instrumental folk duo, Cole and Van Dijk. 'Sins' sees the pair broaden their musical palette from the austere arrangements for fiddle and guitar of their previous album (Tunes of Curly Nature) and live performances.

Ian Haug (Powderfinger, The Church) was enlisted to produce the album at his Airlock Studios west of Brisbane and a few friends were called in to add various musical flourishes. What resulted is a rich and textured album of traditional and original tunes that lends itself as much to classical, psychedelia, and contemporary art musics as it does to the traditional folk music that has been Cole and Van Dijk's enduring source of inspiration since they began playing together in 2001.

All titles arranged by Cole and Van Dijk