by Jevan Cole and Seamus Kirkpatrick 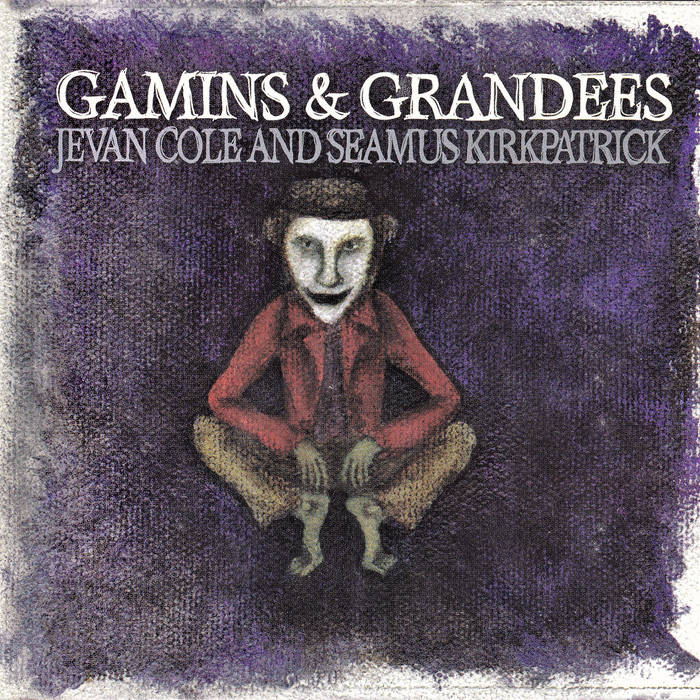 
Originally released in 1998, "Gamins and Grandees' is the first CD by the (then) young duo of Seamus Kirkpatrick and Jevan Cole. Raw and unadorned it was recorded at the farm in Mt. Nebo, west of Brisbane and showcases 13 original compositions by the pair that fall squarely within the psych folk genre that they didn't even know existed...

All tracks arranged by Jevan and Seamus
Originally released in February, 1998 by Treeskin Music
Recorded and engineered at various dwelling on 'The Farm' at Mt. Nebo, late 1997 by Jeffrey Erbacher.
Produced by Seamus, Jevan and Jeffrey
Cover art by Maia Stegman
Cover Design and Layout by Thom Saunders
Photos by Chris Osborne