by Jevan Cole and Van Dijk 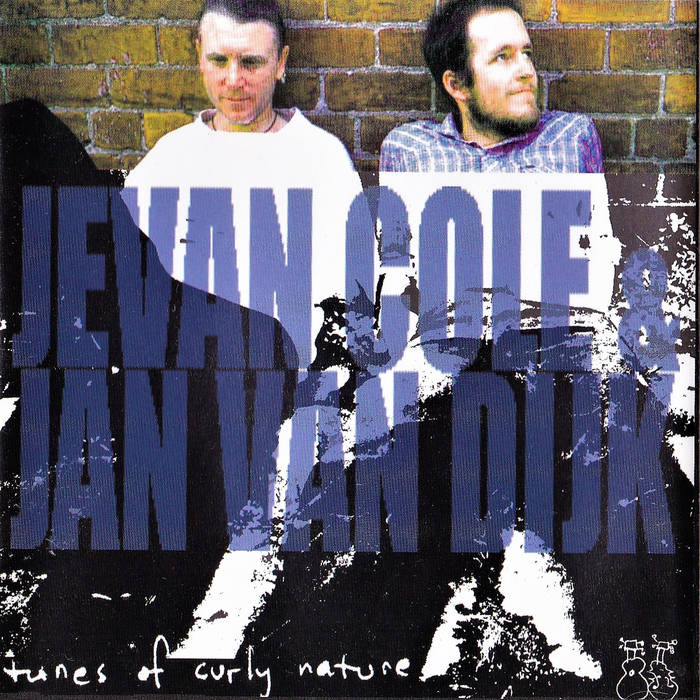 
After Crows Three and Excentrique (as 'The Charlie Moorland Trio"), the trio of Cole, Kirkpatrick and Van Dijk took what was to become a very extended break. This allowed Jan and Jevan to pursue and develop their interest in purely instrumental traditional folk forms.

Originally released in 2003, Tunes of Curly Nature, was the first of two albums that showcased Cole and Van Dijk's innate musicality and almost telepathic musical empathy. The material ranges from traditional dance music from England, Ireland and France through to original pieces by both players. The majority of the traditional tunes were sourced from a couple of books, Irish from O'Neill's and English from Offord's John of the Greeny Cheshire Way. While the French tunes were learnt from local (small) piper David Jacobs.

While this is essentially a "snapshot" album - no studio trickery, layering or overdubs, the odd guest does make an appearance - three tracks are graced by guest players. Piet Van Dijk ('Cello), Ron Fleming (Diddling) and Jasper Blues (Trumpet) add sparse ornamentation to their respective pieces. But all in all, "Tunes.." is just Jan and Jevan as they would appear live on stage. Or in their lounge room.