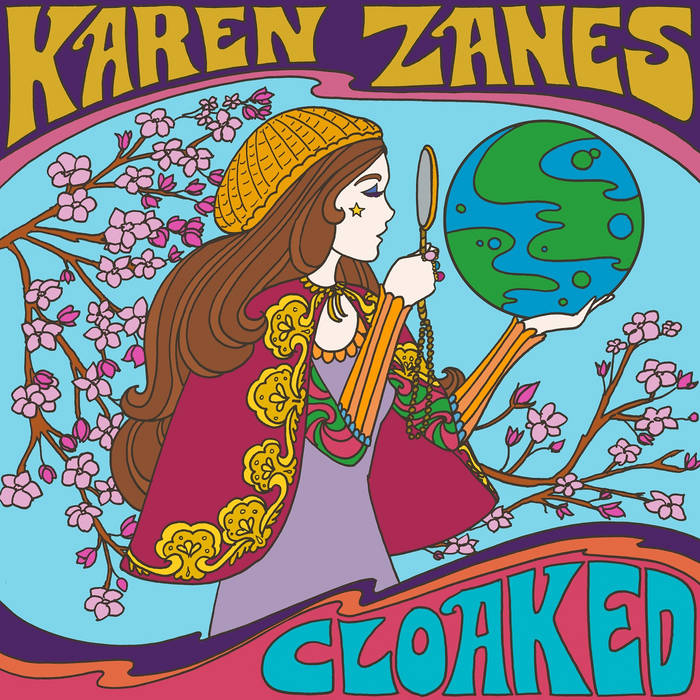 
This album is dedicated to the late, great UK music writer, Mark Barton (The Sunday Experience), a champion of the international underground music community. marklosingtoday.wordpress.com

"...On “Cloaked”, which follows on from the albums “Of Lovers and Tribes” and “In the Court of Wands” (both Reverb Worship), the New England based musician and singer combines the fragile charm of American folk music with shoegazer-like dream pop and more than a dash of American suburban flair that haunts abandoned amusement parks in its undead variant." africanpaper.com/category/blog

Some of the instruments lovingly played on this poetry driven album include: two guitars (electric and acoustic), two ukuleles (soprano and concert) two vintage or vintage emulating organs/synths (one with prefab beats), two tambourines (single and double row nickel jingles) and a set of plastic shakers.

"Only Lovers Left Alive," is a song inspired by the movie of that name.

More Karen Zanes on Aumega Project
In the Court of Wands
aumegaproject.bandcamp.com/album/in-the-court-of-wands