The Way In / Storm 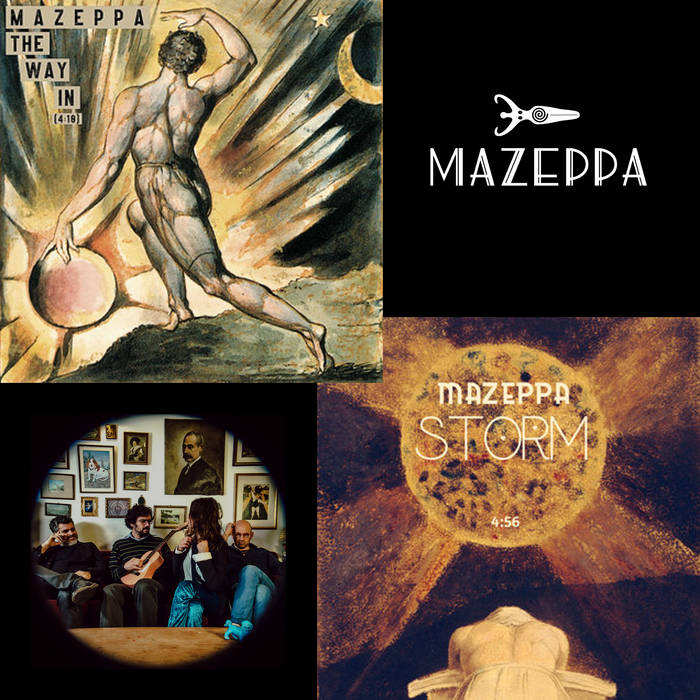 meta medi really charming, lovely sounds
if you like the Lemurian Folk Songs region of hard psyche, you'll get that and then some Favorite track: The Way In.


The first ("Storm") and the second ("The Way In") single from the upcoming debut album of the Israeli, Haifa based psychedelic band Mazeppa.
The lyrics are by the German poet Rainer Maria Rilke. The band started with a concept of writing psychedelic music to Rilke's poets. Later on they added their own lyrics and other moods as well.
"The Way In" is about ones endless search inside and outside and getting out of the comfort zone as described in the song "Enormous space is near. Your house lies where it begins"...

"The Way In" - Videoclip
www.youtube.com/watch?v=A_IPzK7whw4

Whoever you are some evening take a step….

Whoever you are some evening take a step
Out of your house which you know so well
Enormous space is near, your house lies where it begins’

Up, so it stands against the sky: skinny alone.
With that you have made the world. The world is immense
and like a word that still growing in the silence.
In the same moment that your will grasps it,
Your eyes, feeling its subtlety will leave it…

Whoever you are some evening take a step….

Then I feel close to you, Hetman
your Cossacks
I feel your neck bound horizontal to the earth.
Mazeppa.

Then I am also tied on the excited horse,
tied to steaming saddle.
Then I feel close to you, Hetman
Your Cossacks
I feel your neck bound horizontal to the earth.