The Three Faces of Janice 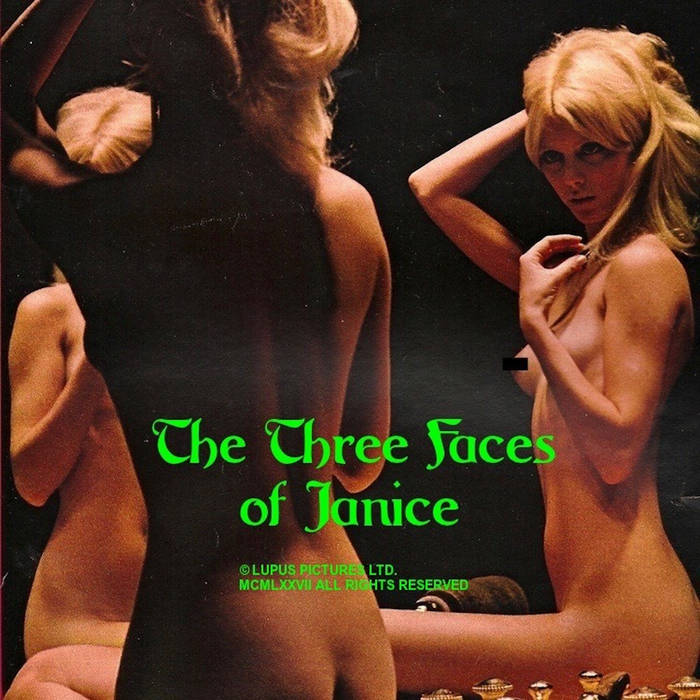 
In 1977, after months of conflict with both British and Italian censors, Angelo Ascerbi’s “erotic horror” film The Three Faces of Janice was released. Ascerbi, a “glamour photographer” turned film director, had achieved notoriety after his debut feature El Medico Pervertito (The Dirty Doctor) was a minor success. Released in 1974, it’s a disjointed comedy about a 65-year-old GP who refuses to prescribe anything other than enemas, and who is arrested after attempting to treat a Swiss diplomat for tonsillitis. The subsequent comedy takes place in-and-around a prison hospital, and keen-eyed viewers may recognise a young John Nettles as a compromised warder.

Much more ambitious was The Three Faces of Janice, a story about a young woman whose personality splits into three parts — “angel”, “whore”, and “witch” — after she “surrenders” her life to Aleister Crowley. This late-Victorian English occultist’s writings were enjoying a renaissance in the 1970s, something upon which Ascerbi was keen to capitalise. As with his later, abandoned, film Bethany’s Cradle, Ascerbi sought to combine elements of urban alienation with folk horror, and for some of those who saw the movie upon its release, he did so with a modicum of success.

Klaus Morlock composed and recorded the music from his home studio at Bridmore Lodge. Working with only the roughest of plot outlines, he made extensive use of his Fender Rhodes electric piano, Mellotron, Solina String Machine, and a newly acquired ARP Odyssey synthesiser. Morlock’s obsession with the Benson Echorec tape delay is clearly in evidence, as is his use of the MXR Phase 90 foot pedal. Bassist Holger Binz, and guitarist Jack Flower, made significant contributions to the sessions. The music was recorded onto two Studer Four-Track tape recorders that Morlock had wired together. How me managed to acquire these machines does not remain a mystery, but I decline to reveal their provenance.

The music presented here has been transferred from the official soundtrack album, and a modicum of surface noise remains. (Not to mention the inevitable tape hiss which is present on the original multi-tracks.) Wisely, the snatches of dialogue, ecstatic moaning, and sound-effects from the movie were removed for the vinyl release. Some years later, Morlock made a dreadful attempt to “restore” these elements, but was denied access to the film’s soundtrack. Furious, he attempted to replicate the sounds of passion that had dominated the film by recording his own (speeded-up) grunts. Morlock claims that this so-called “dirty mix” was released as a limited edition compact cassette, although no copy has been located.