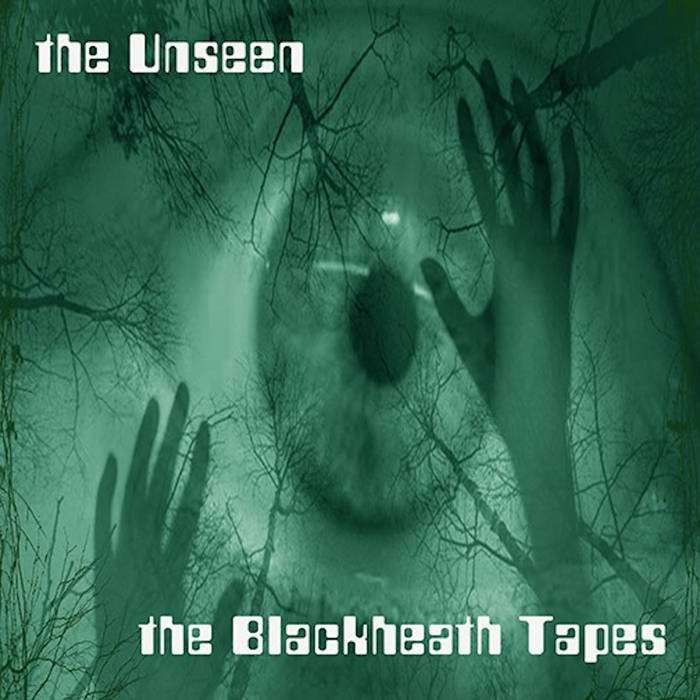 
Best known for their movie soundtracks ("The Goatman" from 1973, and "Mary" from 1977), The Unseen consisted of Klaus Morlock (originally working under the name of Harold Legg) and Simon Magus. In November 1979, the two men decided to get together at Magus's Blackheath Studios, a converted farmhouse in Somerset. The two men, both of whom were recovering from nervous breakdowns, intended to write and record a concept album on the subject of alien abduction, a phenomenon of which Magus claimed to have first-hand experience. Morlock swiftly became disenchanted with the idea, and insisted that the concept be changed to the role of aural hallucination in cultic ritual. Magus refused, and as such, no consensus was reached. But the pair managed to record a great deal of music, the surviving elements of which are presented here.

From what we can ascertain, the following instruments were used: An organ at a nearby church, bass and lead guitars, a VCS3 synthesizer, an analogue sequencer, a Mellotron, a Roland VP33 voice simulator and string machine, an ARP Odyssey synthesizer, an upright piano, and various effects pedals. The tracks were apparently recorded to 4-track tape before being "bounced" to 8-track for further processing.

Apart from conceptual disagreements, the two men came almost to blows over Morlock's fondness for lighting indoor bonfires, without which he claimed to be "bereft of inspiration". As such, the sessions themselves seem to have been fraught with tension. Recording took place between November 8 and December 17, 1979.

Blackheath Studios burned to the ground on December 18th, 1979.