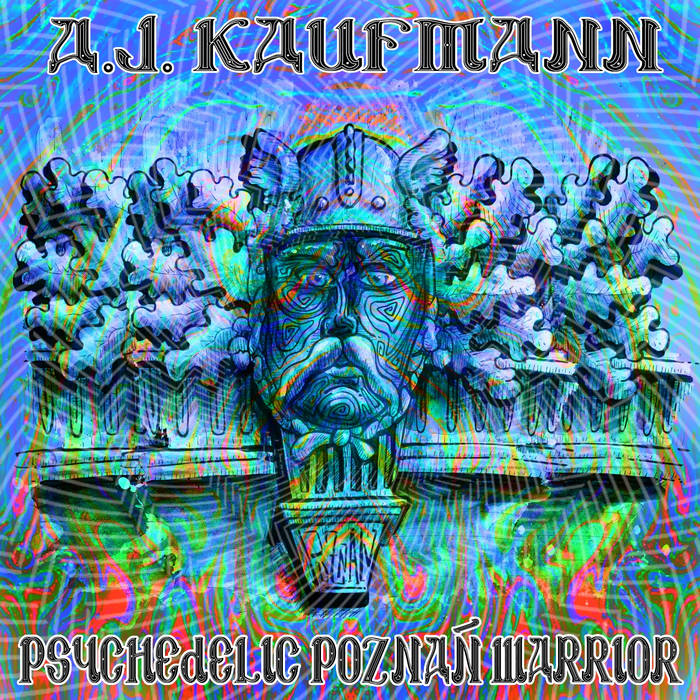 
For 2018s "Psychedelic Poznań Warrior", the title was invented by my psychedelic brother Justin Jackley, an American artist who also designed the cover, and the music followed his inspiration. I decided to work with samples and loops from obscure records for some of the tracks, trying to reflect upon the part of Europe where I was born in the choice of LPs from my audio library. For other tracks I used the most primitive midi drums and basses I could find on my workstation (sometimes Schlager-based), and others I performed absolutely live with no "foreign" sample/loop/MIDI backing. I decided this time to use multiple electric guitars instead of just my favorite SG for a wider lo-fi pallette of sound. I think this is my most "artsy" album since 2014's "Stoned Gypsy Wanderer", and that kind of LP that neatly summarizes 10 years of recording and ideas, so that it will probably be the ultimate audio experience from me for quite a longer time. The new sound directions I'm taking are quite extreme, and they are best showcased by the track "Lilya" I wrote back in 2014, and my cover of Amon Duul's "Paramechanical World", which were the last songs recorded for this album, in late October 2018.
I would also like to thank my psychedelic brother Sascha at Aumega Project for believing in this project, for his support of modern underground artists, and lysergic lo-fi soundscapes of the XXIst century, and everyone downloading my music, especially paying supporters who make it possible to work on new art and noise. To quote David Bowie, the future belongs to those who can hear it. I hope you can, and bless you.