I Often Dream of the Apocalypse

by Glaze of Cathexis 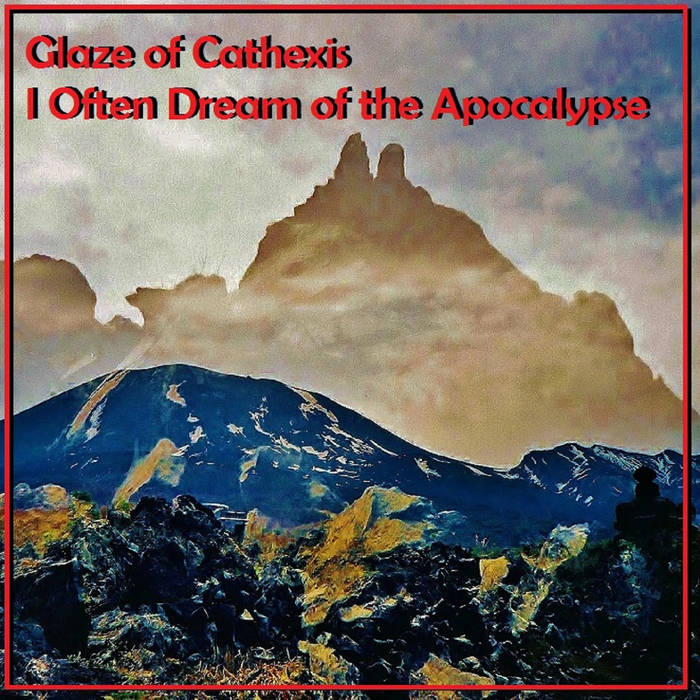 
The title here is accurate, although my dreams do tend to be like tripped out blockbuster films rather than nightmares, so I pretty much welcome them. The seed for this album started as I was scoring tracks for the 60's styled exploitation film, "The Erotik Castle of Dr. Humpinstein." I was going for surfin', bikin', and all around 60's crunch. I really got going when I had some work days scrapped in the aftermath of the March 11th Japan quake, and kept on recording through the aftershocks. Obviously, some of the palpable paranoia from the prospect of getting irradiated by Fukushima is quite present as well. I remember being told by my boss to wear a mask outside during the radiation spike of March 15th. Not that I was going for a depressing vibe - I want you to rock n' roll to this music. This is a 60's styled psychedelic stereo mix with hard separation and the drum kit shoved in the left channel. I also need to give some props to Gonzoriffic Films' Andrew Shearer, who was groovy enough to serve as the drummer, and pounded away to these tunes.

Recorded at the Psychedelic Garage Studio in Maebashi, Japan from March to October except 'Technicolour Clouds' recorded in Atlanta, Georgia, U.S.A. in summer 2009