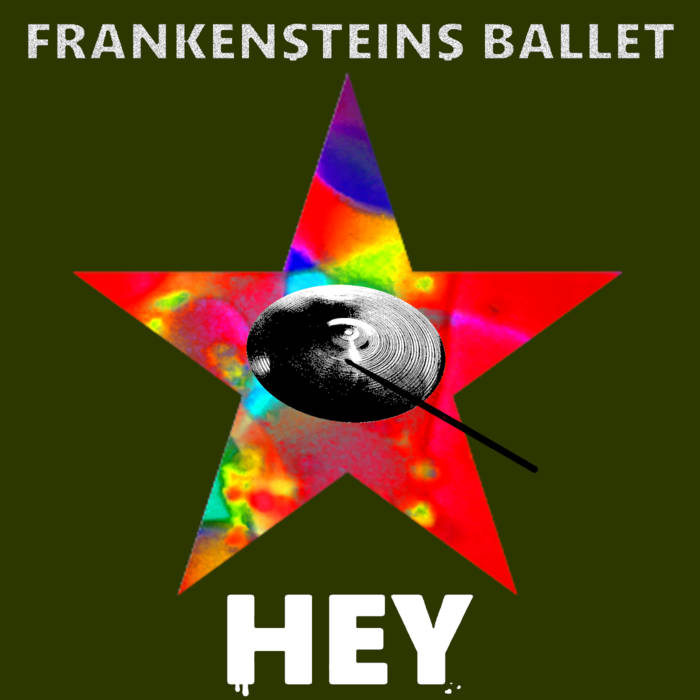 
To celebrate the 21 years anniversary of Frankensteins Ballet, we present you the first ever recordings by the first incarnation of the band.
Back in 2001, this two songs were originally recorded to be released as a vinyl single. But after Pascha Fuchs, sadly had to leave the band, the rest of the band decided not to release the single and instead focus on an album with a new line-up.
Now twenty-one years later we are proud to present you this first two recorded songs.
We think that from the historical perspective of the band and the music alone, it was more than overdue to finally make these recordings available to the public.
With this musical document we now have the opportunity to experience the band's first steps, and at the same time we gain an insight into the Psych-scene at the beginning of the 21st century.
In this case it is particularly interesting because of the band constellation, because here, in the truest sense of the word, fundamentally different musical approaches met to create something new.
This novelty became mandatory for Frankensteins Ballet from that point on.
Shortly before Frankensteins Ballet was founded and after years of collaboration with Michael Karoli and Damo Suzuki (from the legendary Psychedelic Krautrock, Avant-garde band Can), Thomas Hopf changed from the Cologne music scene, in which he was mainly devoted themselves to Krautrock and experimental music, finally back to the Dortmund music scene (In which Thomas in particular played already an very important role with his band Yellow Sunshine Explosion in the 1980s, during the Psychedelic and Garage Revival), where he finally met Sascha Jakowlev and Pascha Fuchs from Russia who had a completely different musical background and were following a more traditional path in their music creations.
All members had a similar life attitude and a preference for psychedelic music and sound experiments in common, which is why they decided without further ado to unit their different music varieties, to make a musical common cause, with which they laid the foundation for Frankensteins Ballet's own sound.
The music that awaits you here, is as you are used to from Frankensteins Ballet, very driving and played to the point, but here you can hear a somewhat more playful, rougher and more punk approach.
This is of course not least due to the band's first singer. But also the rest of the band shines here with an almost youthful energy.
We hope you like these recordings and arouse the interest of those who are not yet familiar with Frankenstein Ballet's own lyseric ethno influenced music cosmos to delve even deeper into their world of beautiful and obscure sound.

*As a little extra, the download contains some previously unreleased band photos from that period.