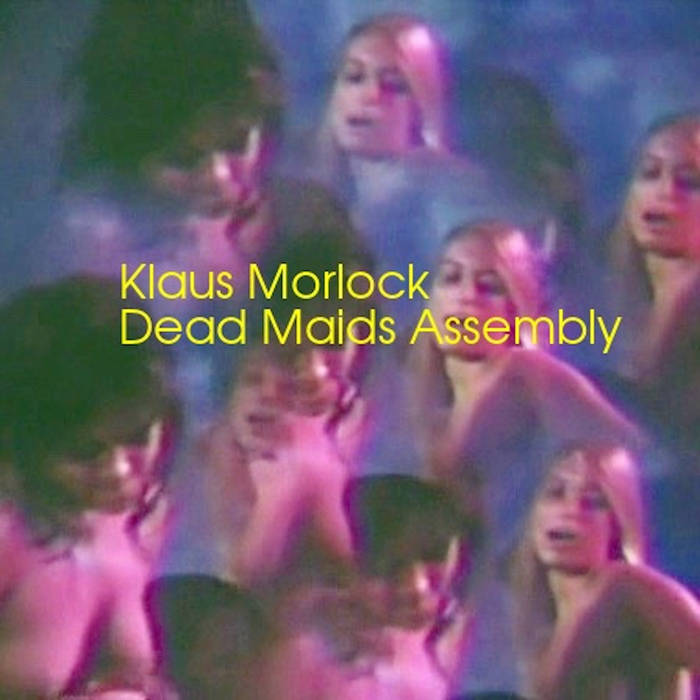 
After the disastrous showing of Tony Folder's movie *Dead Maids* (1979) at the box-office, the stereo tapes containing Klaus Morlock's electronic score were thought to be lost. We, the Archivists, are happy to report that we found them six months ago amongst Morlock's private belongings. The tapes vary in sound quality, and, rather than attempting to name the short segments after the corresponding parts of the film, we have decided to splice and assemble them in ways that make for a satisfying musical experience. We briefly considered crediting at least part of the project to ourselves since the acts of editing and assembling are surely creative in nature. We are delighted to announce that during the process of working on the tapes, we became lovers. The final track, "Archivists Sex Theme", is what we play whilst exploring each other's bodies.
THE ARCHIVISTS, OCTOBER 2019

*Dead Maids* was released on September 12, 1979. Cast and Credits were as follows: