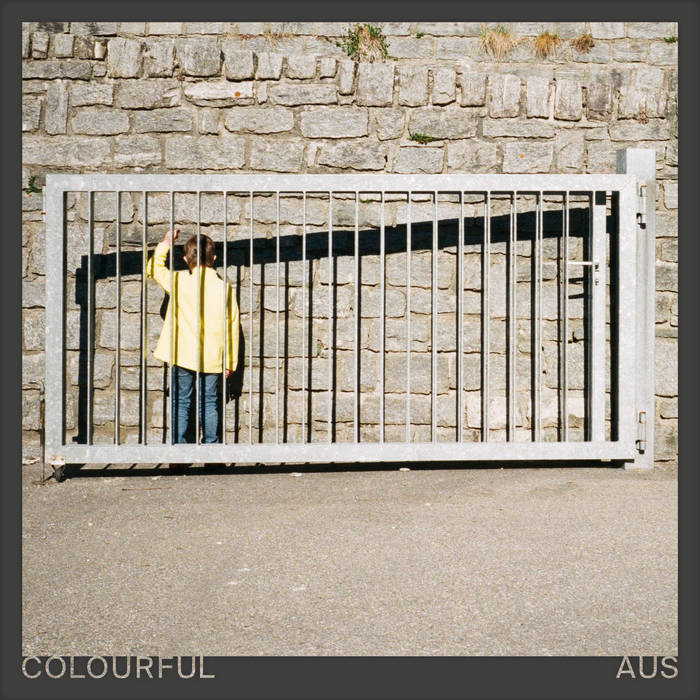 
The album "AUS" is the first part of a two-album concept piece. Where in “Second Painting“ the guitar appears still to be predominant, here organic and electronic elements meld playfully and hence define the signature sound of Colourful: calm, yet punchy; catchy, yet challenging; serious and at times ironic. AUS was produced in the year before Jan moved away from Berlin.


all songs written, arranged & produced by Jan Fabritius
additional production by Stephan Maier on Around (The Sculptor), Truth (I Wanna Know), Private Parts (Penny´s Coma)
additional flute on You Name It (…) by Moosh Lahav
all recordings by Jan Fabritius, except *
* all vocal recordings by Vitaliano Zurlo,
except on Guten Morgen (12x Ha), Hum Along (Part 1) &
Hum Along (Part 2)
* guitar Recording on Around (The Sculptor) by
Nirto Karsten Fischer / nsonics
mixed by Mark Bihler at Bridge and Tunnel Audio Productions
mastered from tape by Bo Kondren at Calyx Mastering, Berlin